Provinzial has concluded a three-year framework agreement with the IT service provider adesso with the aim of fully replacing its mainframe-based systems. The adesso transformer solution will play a crucial role in the upcoming modernisation of the application landscape.

The digital transformation is simply not possible with COBOL-based mainframe systems, which is why Provinzial has kicked off the process of replacing its host-based legacy systems. The decision to modernise the system came after last year’s merger between Provinzial Rheinland and Provinzial NordWest. With its migration and technology concept, the IT service provider adesso prevailed over a number of competitors to be awarded the contract.

adesso will migrate Provinzial’s mainframe-based application landscape to a modern, decentralised client-server infrastructure. The aim of the project is to establish a homogeneous IT infrastructure that is more efficient, cheaper to manage and better equipped to tackle future challenges. The project involves migrating COBOL legacy programmes into modern, futureproof Java systems in an automated and reliable way using the adesso transformer solution. This process will allow the insurer to standardise its existing IT infrastructure at a low cost. The new homogeneous system environment will cut operating costs, too. The plan is to completely decommission the mainframe platform by the end of 2024.

The first system to be migrated as part of the project, which has been given the internal title #mainFree Transform, will be the central management system for composite insurance contracts. The agreement also encompasses the modernisation of other centralised insurance applications from the target application landscape.

Provinzial and adesso have teamed up before in the past to tackle challenging IT projects. adesso provided its expertise in a 2019 project involving the establishment of Provinzial’s online commercial insurer andsafe, delivering a complete IT infrastructure for Provinzial’s new cloud-based subsidiary. “Based on our experience with the company, we know we can count on adesso’s allround expertise and its position as a professional and technological market leader,” says Patric Fedlmeier, Deputy CEO of the Provinzial Group. “The key factor in this latest partnership is that ability to place overall responsibility for the upcoming system migration and modernisation in the hands of a reliable full-service provider.” 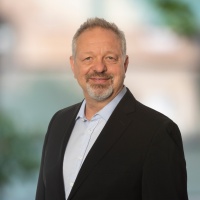 Patric Fedlmeier is Deputy CEO of the Provinzial Group

Executive Board member Stefan Riedel was responsible for signing the contract on behalf of adesso and is delighted that adesso and Provinzial are able to continue their successful partnership: “adesso can once again reinforce its presence in the public insurer ecosystem and show off its expertise. Following the andsafe launch, we are extremely proud that Provinzial has put its faith in us once again for a major project of such strategic importance.”

Michael Hartmann, Head of Business Line Financial Services at adesso Schweiz AG adds: "The modernisation of system landscapes is also in full swing in the Swiss financial industry and I am pleased that we as adesso are able to support many customers in this process. With adesso transformer, we have a proven product with which we can carry out such demanding transformation projects even more efficiently and effectively." 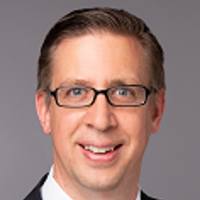 Do you have questions about our press service or a specific request? Please contact me.